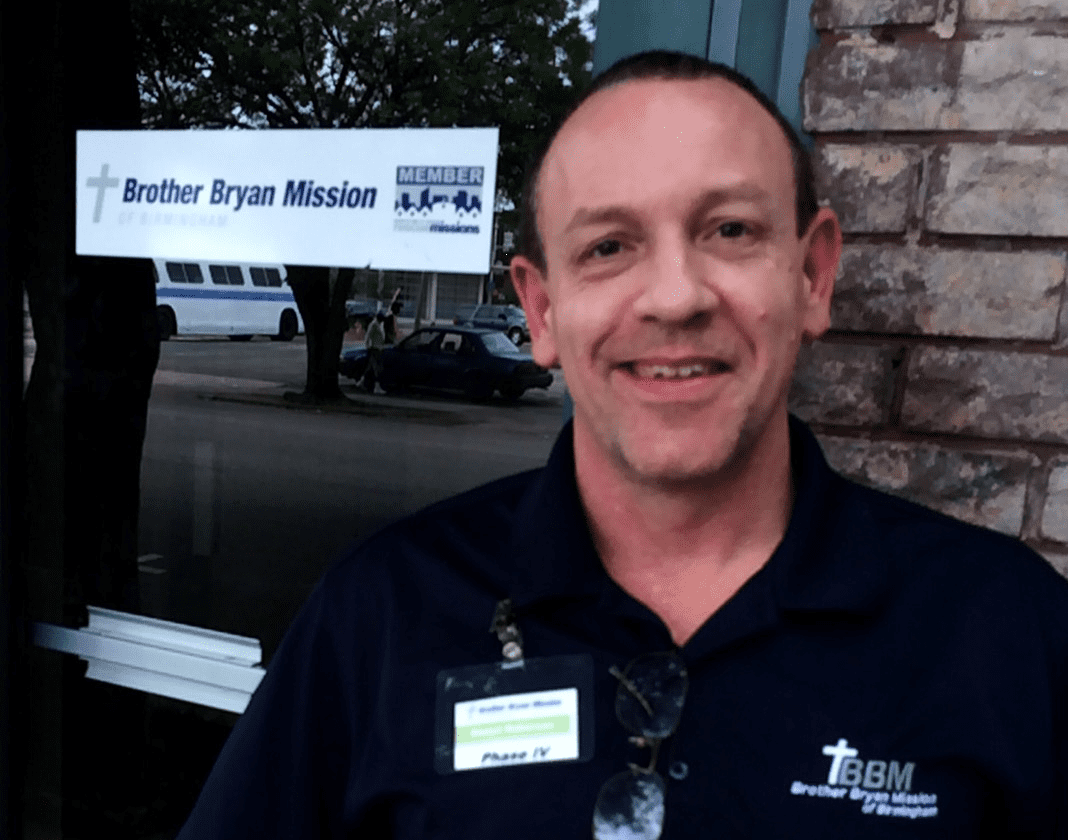 I Want What I See In Him

For Daniel Roberson to be serving as a Christian-Service Intern is about as far removed from the lost life he lived two years ago, as he or anyone else could imagine.

When he was only eight Daniel was a victim of sexual abuse. He used marijuana at thirteen. At sixteen it was cocaine – and before he was eighteen he was into opiates. For the next thirty years, with few breaks, drugs and alcohol played a major role in all of his life. Even during the time he was on methadone (to recover from drugs), he found ways to abuse drugs.

As 2014 began – with three decades of drug and alcohol abuse having resulted in so much misery, he didn’t know that in quick succession: his long relationship with a woman-friend would abruptly end; his trailer-home would be destroyed when a tree fell; that because he used money meant for insurance premiums for drugs – he would become homeless; and that he would lose his job. As his drugging escalated he “wandered” from staying at a shelter, to a motel, to a relatives home, back to a shelter – and finally to sleeping on the streets under viaducts. Now more miserable than ever, he thought of putting his life to an end.

More than physical hunger – He came to Brother Bryan Mission for a meal, but he hungered for more than physical food. In a short chapel service before lunch, the Chapel leader, a Christian working-man whose life a few short years ago was trapped in alcohol – shared the hope and promise of God for the lost in such a clear and powerful way that it seemed to speak directly to Daniel’s heart. Daniel thought, “I want what I see in him”.

Afterward as he ate lunch surrounded by men who were in BBM’s 9-month New- Life Program – men like Daniel whose once-trapped and defeated lives were clearly changed (or were being changed) – he was struck by their spirit – by their sincere joy. He wanted to remain in this moment.

God’s provision – After this chapel and meal experience, he thought about the promise and hope of God – His restoring grace and the victory he saw in those men. He thought, “I want to have what they have”. He now knew there was hope – and that hope was in God’s provision – the Son God had sent to call us home.

Daniel returned to BBM and fill out a New-Life Fellowship application. He said, “With others seeking to get in the NLF, the Program Director couldn’t talk with me right away. When my screening process did begin -between my lengthy conversations with the Program Director, a Chaplain, and a Ministry Intern – I got to spend more time there – and was even more eager.”

When he learned it may be weeks before there would be an opening he was disappointed, but it made him appreciate the value of what he was doing even more. Over the next 3½ weeks, alcohol’s temptation never left, but each day he made it back to BBM, he was once more exposed to the hope of Christ for his ravaged life.

Daniel began BBM’s New-Life Fellowship thirty one years after he first used marijuana. After a few months in NLF he says, “Finally, rather than reaching for my familiar escapes and crutches of alcohol, deceit and denial – as I was being equipped to build a real foundation for my life – by God’s amazing love and grace I had become a new person.”

As he progressed through NLF’s Christ-centered classes, personal study, work assignments, Adult Learning Center – and met with chaplains and teachers, the evidence of Daniel’s commitment and new dependence on Christ led to his being considered for a one-year Christian-Service Intern slot.

Today I know “I can do all things through Christ”.

Today as an Intern with BBM, his current assignment is to help lead BBM’s busy Food Service and to periodically help facilitate in the Learning Center. He says, “One of my new joys is that as I help serve those who come in need, I get to see the love of Christ begin to impact their life – like he impacted me. I know it is all by the grace of God. I have learned, both in His Word and by experience, that ‘I can do all  things through Christ.”