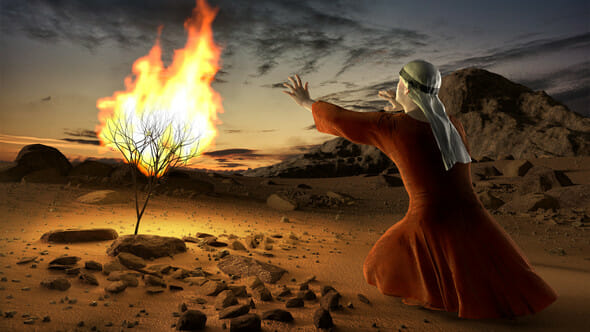 I recently copied a quote into my prayer journal.

“Earth is crammed with heaven,

And every common bush afire with God:

But only he who sees takes off his shoes.”

Two incidents stand out as I thumb through my prayer journal…this particular journal was started in July of 2019, just a little over a week before our daughter’s August wedding.  Both incidents involve prayer, one with a total stranger, and the other with someone who I have come to count as a friend.  Both stand out to me as common bushes afire with God, and both involve a grandmother’s heart cry for a grandchild.

A dear lady who hosts one of the Bible studies that I have the privilege to cater asks regularly about our family…our children and grandchildren.  I answer her questions and she is sensitive to my responses.  She is godly and kind and she has that gift that many older women possess to look into eyes, listen to an answer that comes with a catch in the throat, or the tiniest of hesitation that shows an attempt to cover up fear and emotion that rest just below the surface.  On this particular night, as her house filled with eager medical students, she asked about a grandchild.  I expressed to her that there were still concerns with this child’s lack of interest in eating, and I saw her looking into my eyes.  As I finished placing the food out and prepared to say goodbye, she took me by the hand and said, “First let’s go into the living room and pray.”  My boss’s wife saw and joined us.  And we sat together, the three of us, and prayed.  I allowed the busyness of the day and the food preparation and all the concerns for children and grandchildren to drain from me into that sacred moment.  Author Meredith McDaniel says, “We want. At any point on any given day we all yearn for something.”  What a privilege to join together with other believers and voice those yearnings to the Father. As we exited the living room and headed back toward the kitchen we heard the students’ voices blending together as they sang “One Thing Remains”.  It was beautiful, and I realized that I usually am gone already when they sing.  It was a moment that made me feel like taking off my shoes.  Holy ground can be in a kitchen or living room or in the touch of a hand or the blending of hearts and voices as we all look expectantly to the One who, as Colossians tells us, holds all things together.

The second incident was weeks before Christmas.  Jim and I had gone to a tree lot in Vestavia to pick out a tree.  It was the middle of the day and it was freezing cold and rain came down in a slow but certain drizzle. We always buy our tree from the same people—sweet Christians from Michigan.  Picking out a tree used to be a drawn out process when our kids were with us but it seems like now it doesn’t take so long.  Maybe at our age we recognize that the best trees are imperfect like us.  We quickly selected a beautiful Fraser fir and Jim stood by as they cut and netted the tree.  I began to pick up the cut off pieces to use for decorating and I noticed an older woman, across the lot, who was doing the same.  We were the only people there and she saw me as well.  She walked across the lot toward me.

“Do you want these branches that I picked up”? She asked.  I explained that I had all I needed.  She then said, “We need to pray that they sell all their trees.  Last year I prayed that they would and they were almost all sold.”  She said, “You know they are Christians”?  I said I did know, and that we are as well.  She told me she is a healer.  She didn’t say this in a boastful way at all…she was very quiet and humble.  Earlier in my Christian walk I would have inwardly scoffed at this…I would have appeased her but inwardly written her off.   But our daughter married an Anglican priest and we have been theologically stretched and moved in beautiful and freeing ways.  She asked me if I could ask God for anything…any healing for anyone…what would it be?  It took me a minute to fine tune what she was asking, and I realized that at that moment, if I could pray for anything, it would be the same concern I mentioned above…a precious grandchild who has very little interest in eating. So I told her.  She wrapped her arm around me in the cold rain and began to pray.  When she finished she asked if she might anoint me with oil.  I said “yes”.  She took a small bottle from her coat pocket and opened my right palm.  She gently made the sign of the cross in my outstretched hand.  She told me the next time I see this child, to place this hand on him and say that I agree with her in prayer.  It is irrelevant  whether or not I agree with every facet of this story…the point is that in my mind and spirit, this moment in the rain at the tree lot was a burning bush moment.  As I drove home with my husband, I opened my hand several times and tried to make out the cross that just moments before was there.  I held this story with a guarded heart because I knew there would be some who would scoff.  I did tell my son in law, (the Anglican) and his response surprised me.

“If she told you to do something difficult would you do it”?  He asked, reminding me of Naaman the leper in the Bible who was told to go and dip seven times in the Jordan River.

Men walk through the doors at Brother Bryan Mission weighed down with addiction and the scars the world has given and the labels our culture places on them.  They are taught about God’s great mercies and asked to make a decision to trust Him with their lives.  Some eagerly do that and recognize the burning bush moment.  You can see it in their eyes and the way they carry themselves.  Others choose to walk away, back into a life of drugs and alcohol, the glow of the burning bush fading and growing smaller behind their backs.  Like Naaman the leper, they are unwilling to do something as simple as drop the burden they carried as they entered these doors.  What makes the difference?  Some simply see the common bush afire with God, and choose to take off their shoes.

Earth is crammed with heaven and maybe it is easier to glimpse at a place like Brother Bryan.  Or maybe it is anywhere His people are…people who are willing to bend, to bow, to stand in the cold rain and trace a cross with an oiled finger into the open and willing palm of a stranger.