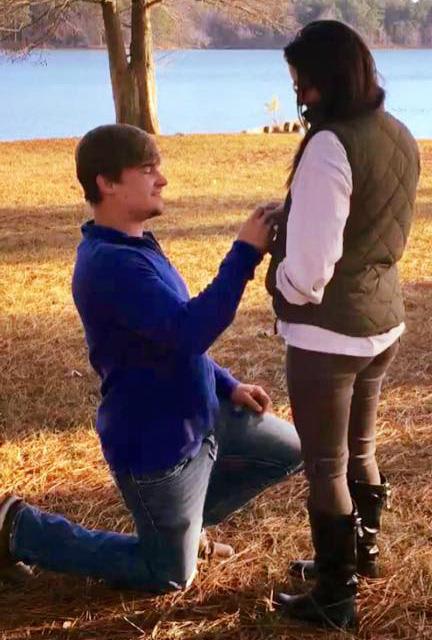 Recently, Scott Thornton got on one knee to ask the love of his life if she would be willing to marry him. Fortunately for Scott, she said, “Yes.”

The journey to this happy moment was not an easy one for Scott.  “My Mom abandoned us when I was two years old due to her drug habit and my Dad was an angry alcoholic who abused us when he drank. He died when I was twelve,” Scott says. “At the time of my Dad’s death I had never heard either parent tell me they loved me.”

As a result of being abandoned, abused, and unloved Thornton turned to drugs himself. He first remembers being given a “fud pucker” (a kind of malt liquor) by his Dad to keep him and his brother occupied at the campground they were staying. After sampling every type of drug he could get his hands on by the age of nineteen he settled on meth as his drug of choice. “I liked taking meth to make me high and Xanax to bring me down,” a practice known as “speed balling.” His growing habit led to stealing cars and dealing drugs.

In January of 2016 his freewheeling lifestyle caught up with him when he was arrested for felony possession of a controlled substance. This charge led to a revocation of parole on other charges which resulted in a twenty-five-year sentence without bond.

It was in jail that Thornton was introduced to a personal relationship with Jesus Christ. “I began to attend chapel and have Bible study with other inmates. During one of the chapels the invitation was given to invite Christ into your heart and I did.” Prison is a hard place to learn how to be a disciple, however, so growth in his new relationship was very difficult.

Thornton learned about Brother Bryan Mission indirectly through the success of a family member who had gone through the NLF Program himself. “I had a cousin who had come here and was doing really well. His mother told my grandmother (her sister) about Brother Bryan Mission so my grandmother asked the Chaplain who had made those arrangements to come and talk with me.” In April of this year the Chaplain came to talk with Thornton to see if he was interested in BBM’s New Life Program. Thornton said, “Yes.” It took until June for a bed to become available.

Scott’s first impression of Birmingham, “It’s a big place and I was not sure I could make it here.”  However, the atmosphere of love and acceptance at Brother Bryan Mission soon began to make a difference. “I began to relax and trust people,” says Thornton.

Thornton graduated the in-house portion of the NLF Program and returned to Mississippi in December. One of the first things he did was to propose to his girlfriend whom he has known for most of his life. “I am so thankful for a place like Brother Bryan Mission where I have been given the tools I need to be successful in life.”