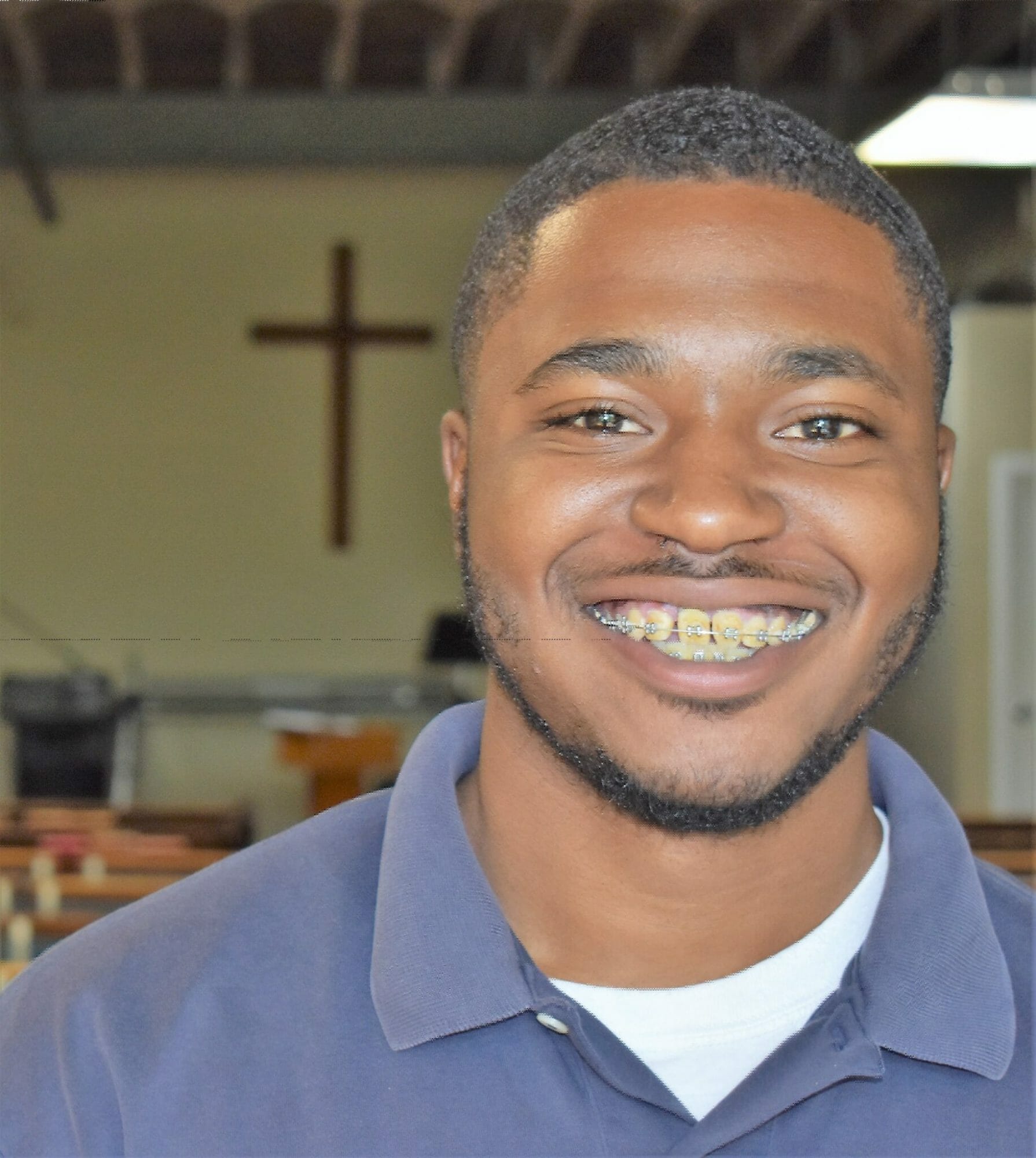 I CAN DREAM AGAIN

Martavial “Tae” Stevenson was asked what Brother Bryan Mission has meant to him.  With joy in his eyes and without hesitation he said, “I can dream again.”  This is the rest of his story.

Tae has never known his Dad.  His mother was out of the house more often than not, so that he was raised by his grandparents in the Center Point area of Birmingham.  He began smoking marijuana and taking mind altering pills at the age of 15.   At the age of 22 he was introduced to crystal meth which “took away his dreams.”

His job at a local restaurant led to his meeting Tiffany, who he soon fell in love with.  When Tae and Tiffany discovered she was pregnant Tae knew they needed to make a change.  “I didn’t want my son to grow up like I had grown up,” said Stevenson.   It was Tiffany’s parents who told Tae about Brother Bryan Mission.

As Martavial entered the doors of BBM his mindset was, “I thought everyone was going to jump me.”   What he soon learned was that Brother Bryan Mission was a safe place where he could learn and listen for what God wanted him to hear.  “I came to know Christ in my first counseling session with Chaplain Troy Walker” Stevenson communicated.   Continuing he said, “I immediately felt a weight was lifted and I began to really read the Bible and enjoy my classes.”

BBM’s New Life Fellowship Program is a nine-month Christian recovery and discipleship program in which a client is not able to work in the first six months.  During this time Tae has been progressing through the tests necessary to obtain his G.E.D.  He only has the Math component remaining and expects to complete that soon.

Tae and Tiffany are making plans to be married but the birth of their little boy wouldn’t wait.  Earlier this month Jeremiah Wayne Stevenson was born to excited parents and families who are helping with Jeremiah until Tae and Tiffany can get established.

Tae has a job waiting at the Mercedes plant in Vance.   He and another recent graduate of the NLF Program applied at the same time and both were given jobs that will start at the beginning of September.  He believes God has opened this door for him to be able “to give my son what I never had.”

Stevenson sees the value of completing the program since over 80% of BBM’s New Life Fellowship Program graduates are living free of addiction and have stable housing and employment while maintaining healthy relationships with God and others.  It is what he wants for himself and his family.