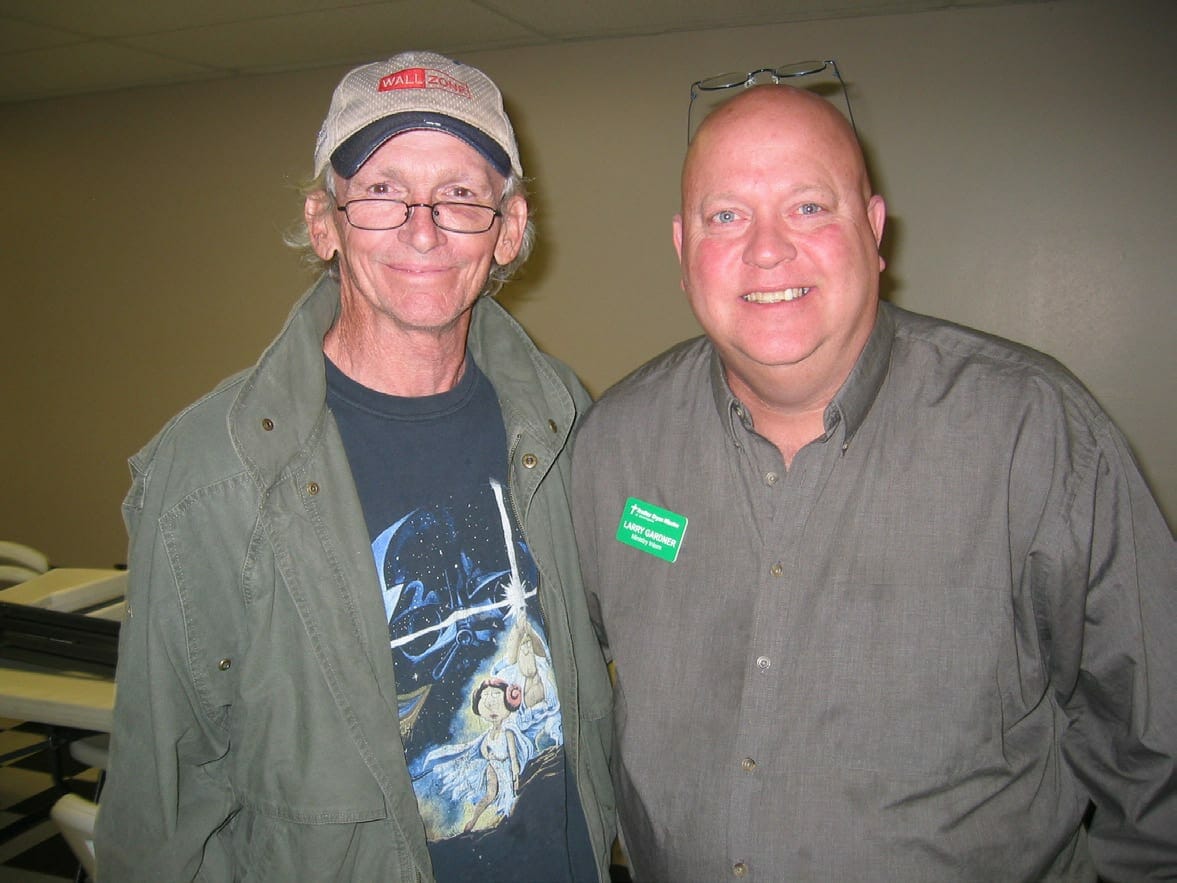 Ten months ago Larry Gardner came to Brother Bryan Mission from a life where drug related issues and self-pursuit had long-since undercut his potential.

Fast-forward to a few weeks ago. After 10 months in our live-in New-Life Fellowship – at age 54, Larry has begun a year-long Christian service internship at BBM. During his internship, with leadership of our Program Director and key staff, he will apply what he began during his previous 10 month

s in NLF, working in various areas of BBM – reaching, serving and equipping the troubled and lost who come in desperation and need.

When he came to us in 2013, he was spending nights sleeping on couches of friends, just to stay out of the weather. Between 2011 and 2013, the consequences of his lifestyle had once-again caught up with him. Most of his adult life was mixed with periods of seeming to be “on track” – and times where his short-cuts to self-satisfaction cost all.

After growing up in affluence, during his year and a half at the University of Alabama, drugs and alcohol contributed to his early departure. Still using drugs, after 2½ years at Embry-Riddle University, he began a career in aviation – a field he remained in for the next few years.

Upon taking a position with Alabama Department of Industrial Development – and with the State Legislature – his drug use (including cocaine) grew. In time, arrests were followed by long list of short-lived jobs and court ordered addiction programs. In 2002, while he had a 6-figure job, his part in illegal activities led to 3 years in jail. By then his 19-year marriage was over; family relations were nil he had no home; and his criminal record kept him from good work. He had to deal with roadblocks at every turn.

I went to my knees

Larry says, “In the 3 years prior to coming to BBM, while working in food service, and still trapped in drugs, I felt hopeless. I knew God existed, but I didn’t really know Him. At the end of myself, I finally went to my knees and asked God for help to do what was impossible for me to do. That led me to Brother Bryan Mission.”

“As I came here I didn’t want people to know far I had fallen. That was then. Now I want all to know what Christ can do with the “impossible”. Today I have peace and joy I never imagined. As I was being considered for this internship, I was also going through a certification process to minister with jail Chaplains.”

“I thank God for the close-knit committed staff and volunteers here that helped me get to the real heart of my need. They asked the tough questions that we need to address. As an intern, I love working with the guys. I pray that God can use my new life and faith to effectively reach others. I want the new life He gave me to bring glory to Him”.