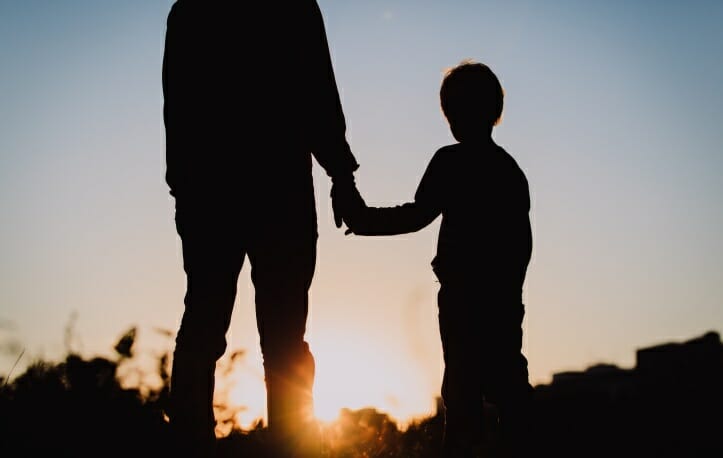 I answered the phone on my once a week desk several weeks ago.  Mike, calling from the front desk, said he was sending a lady and her son down to this building because her son needed to use the restroom.  I got up, opened the door, and met her on the sidewalk.  Her little boy was blonde and small, and when I asked he proudly told me he was four.

I introduced myself and showed them the restroom.  When they came out, she said her husband was filling out an application for the program at Brother Bryan, and wondered how long it might take for him to speak with someone.  I told her I honestly had no idea, and she explained that they had driven from a neighboring state and hadn’t eaten all day. She was concerned for her little boy, who she said had had only a bag of potato chips from a gas station as they drove over.

I told her to follow me.  We walked next door to the dining hall and she waited there while I walked back into the kitchen.  Michael, one of the kitchen crew, was busily preparing spaghetti for the men’s supper.  It smelled wonderful and Christian music played in the background.  I told him the young lady’s story and immediately I saw his face soften.

He came around the corner and handed the mom a plate with a sandwich and some chips on it.  He spoke, eye level, to the little boy and said, “Would you like me to heat you up a piece of pizza?”

Moments later Michael came back around the corner with a large piece of pizza and two cups of cold lemonade.  The little boy was barefooted and wanted his mom to carry him.  I told her since nobody was in the dining hall they were welcome to sit at one of the tables and eat.  She was hesitant and said they had come from a “Mayberry” type town and she would feel safer to eat in the car.  I offered to carry the food to her car for her so she could carry her son.

As I picked up the plates of food and she picked him up, he turned to me and said words that pierced my heart.

I had to swallow a couple of times before I could say anything, but I managed to say, “This is a good place.  It is a place where Daddies can go to get better”.

When we got to the car her husband was in the back seat filling out his application.  I learned later that he was actively high and they had left to make the drive back home and were choosing to go to a different program on Monday.  I don’t know that we will ever know any more about their story.

I have thought many times about the little blonde boy, so close to the age of two of my grandchildren.  I know that the first question one of my grandchildren asked when she is invited to go on a car ride is, “Is it far?”  She doesn’t like long car rides.  I thought about a mom, dressed in pajama pants who’d apparently left in a hurry to go on a trip that would seem “far” to this sweet boy, and I wondered what had precipitated the decision to travel to Birmingham for help.  He had a Daddy who was “sick” in the car and was given potato chips for the ride over.  A kind man gave him pizza and lemonade, then there was another “far” ride home, his Daddy still “sick”, and I know that sometimes sick daddies can be less than patient and kind even to those they love the most.     How I pray that they found help and hope and healing.  I hope that even now he is learning the beauty of being sober and well.  I hope this precious blonde boy gets a healthy Daddy back soon.  I hope his Daddy was brave enough to take the first step.

Children are usually very honest by nature.  This little boy assessed the situation and felt a sense of safety in confiding to complete strangers what was weighing heavily on his little heart.

There are many daddies and granddaddies and sons at Brother Bryan who need healing.  Every man here has someone hoping and praying for his sobriety.  Someone is waiting for every person.  Donations of complete strangers help to bear the burden of food, shelter, clothing and staff.  Brother Bryan Mission is a beautiful place where hard work happens inside its doors.

It is a place where daddies can go to get well.