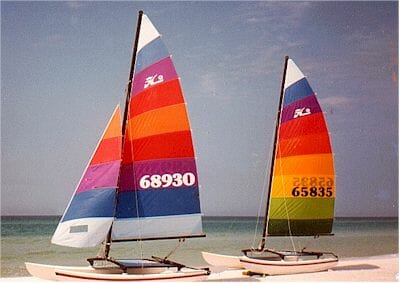 Everyone called him Buddy but I’m not sure that was his real name.  I’m not sure I ever knew his real name, even though we had attended the same school for years.  There was a little something wrong with Buddy but I never heard anyone say what it was.  Sadly, I never took the time to find out.  He had a brother who was my older brother’s age and his parents were always at the same functions as mine.  Buddy was just Buddy.  He was what some people would call “special needs”, or so we thought,  and I never once took the time to look him in the eye.

When I was in college I went on a mission trip with my church, which was also Buddy’s church.  And Buddy went on the same trip.  It was on that trip that I got to know him.  He was funny, nice, and humble.  He had a fairly serious physical health issue, but Buddy was mentally fine.  He was a team player.  We did mission work until lunchtime and then we had a break before repeating the same work at night.  The trip was to the outskirts of a small coastal town and many afternoons our group traveled the short distance to the beach.  We then returned to do our nighttime duties and afterwards we played endless rounds of UNO.

On one of the trips in to the beach, we all decided to rent a sailboat.  As we began to figure out how many would fit we discovered that everyone could go on one ride and one person would have to wait.  The rides were paid for according to time and the plan was for our group to go out for the first half of the time, return, and someone would swap out with the remaining person for the rest of the trip.  Buddy immediately volunteered to stay behind.  Several in our group said they would wait but he insisted.  He would enjoy watching us, he said, and he would be glad to wait.  As we sailed farther and farther out it became obvious that either the wind had shifted greatly or our sailboat driver was less experienced than we had imagined.  Perhaps it was both, but as he fought the sail and the wind, we saw Buddy get smaller and smaller on the shore.  We were too young to be afraid and we all laughed about how we might get stranded together on a desert island.  As we sailed farther out, the clock ticked our time away, and by the time we finally returned, there was no time for another trip out.  Buddy waited joyfully on the beach alone.  There was no time for his turn.

We all began to coax the sailboat driver into going back out again.   We had almost convinced him when our pastor arrived, announcing it was time for us to head back for our nightly assignment.

We were all horrified that Buddy missed his turn, but he was unfazed.  He assured us that he was okay, he wasn’t upset, and he had enjoyed seeing all of us have fun.

I had forgotten the story of Buddy and our wild sailboat ride until recently and as I remembered the events of that day I realized that had it been me,  I’m not sure I would have been so mature.  I probably would have said it was fine, but inside I know I’d have been hurt.  I’m not even sure I would have so graciously volunteered to wait on the beach alone while my friends enjoyed themselves.

The men here at Brother Bryan Mission have been viewed by society as “special”, not in the same sense as Buddy, but because of their addictions they have been told they are “less than”.  Many have been told this repeatedly, often by their own families.  They walk through the doors scarred by the words and actions of others, and more often than not, they are their own worst critics.  They know better than anyone how low their addictions have driven them and they often cannot forgive themselves for the hurt they have caused others.  Figuratively speaking, they are sitting alone on the periphery of life …so close that they can taste normalcy, while the actual living is done by others.  It is at Brother Bryan that God meets each man.  He meets them through the arms of the loving staff members who faithfully teach them the Word of God.  Through the Word they are taught their worth in Christ.  They are taught that life can be lived.  When a man hears God’s voice then hope ignites and the fire of a changed life begins.

My college mission trip happened over 40 years ago and some aspects of the trip are fuzzy in my memory.  One thing I clearly remember is the blessing of getting to know Buddy, and his sweet example that taught me about selflessness and humility.  He worked very hard on the trip as we all did, and he simply chose not to be offended by something that was out of anyone’s control.  I also remember that I didn’t want to go on the trip, and vacillated about it until the deadline.  I think now with the benefit of maturity that there were many reasons God wanted me on this trip, but the seeing into Buddy’s heart and realizing there was nothing mentally wrong with him was one of those moments.

I asked someone recently if they knew whatever happened to Buddy.  He got married, they said, and moved down near the coast.  This person made a derisive comment about his mental acuity.  I smiled at all these things because I know without a doubt that whomever Buddy married got a great man, even if it took me far too long to notice.  As I wrote this my husband typed in Buddy’s name on Facebook and up came his picture.  He was smiling, his hair windblown;  he stood at the edge of the ocean, tanned and happy looking.  It was just what I needed to see.

He is happy and normal and looks much younger than his years.  It could be the sea air but I tend to believe it is how he has chosen to live his life.  He stood strong against the ignorance of others and with a servant’s heart he prevailed.  He showed that our physical appearance doesn’t belie what is in our spirit.  And he taught a sailboat full of college students that he could rejoice in the fun they were having, even if he didn’t get to participate.

I love the photo of a smiling, windblown Buddy.  I just hope that every now and again, on a beautiful Alabama day, he gets to go sailing.