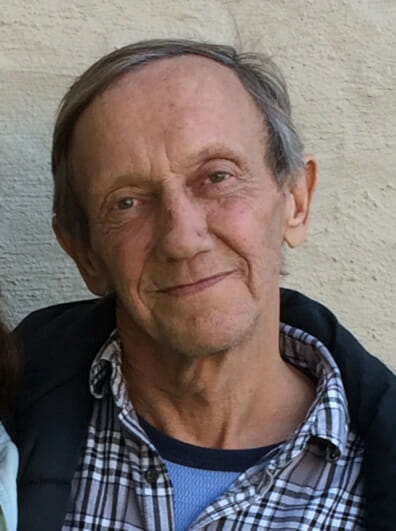 Seeds of God’s Word were sown early in William Heaton’s life, but like many of us – and like the “Parable of the Seeds” (Matthew 13:7 – 22) – the hoped-for grasp of God’s intent for him got choked and tangled in the weeds of the ways of the world – and busyness.

Last winter in the weeks before he sought help at Brother Bryan Mission, he knew his drinking and drugs were taking a heavier toll on his already lonely, homeless life. He no longer expected much in life. Alcohol abuse had become as much a part of him as breathing.
Room was made for William in BBM’s New Life Fellowship (NLF), a program to equip the troubled and lost get their life on a solid foundation. During his first couple of months in NLF, because he limited his connection to God to surface things, there was no real depth of change in his life. He professed faith, but when the program called for him to share his hope in Christ with a hypothetically lost or dying person – he couldn’t. When he said that it was “more than a country boy like me can do”, he was challenged to see that the real reason he couldn’t share the Good News was that he hadn’t let himself personally experience God’s promise. As his eyes and heart began to open, it was like a switch turned on a light. For the first time he began to see.

After that breakthrough he began experiencing freedom that he never imagined. It brought a new countenance to him, led him to put God and others first – and it was clear to all that William was a new man. Shortly after that when he was led to reconnect with his daughter, grandchildren, sister and others – it was like a floodgate of thankfulness and joy opened for him and his family. A life that was lost was found.

A Couple of Hours

Several weeks later after an emergency admittance to the hospital, when doctors discovered an inoperable tumor, William was told he might live six months. Just days later they then said he likely had less than 6 weeks. When his sister and her husband learned this they arranged to take him to their home in Eclectic, Alabama. As he left the hospital, he first wanted to come to Brother Bryan Mission to spend a couple of hours with the men who had seen his new life come – his “brothers in Christ”. From a chair on the platform of the chapel, a weaker yet confident and happy William shared from his heart his joy in and love of Christ, his love for this room full of men, and love for Brother Bryan Mission. His prayer was to see them soon with Christ. There were no dry eyes in the place, but there was joy for William and the knowledge that he would soon be home with his Lord – and joy for the message Christ had put in Williams life.

In his last weeks, with his sister’s family he got to share his story – the delivered promise of Christ – at his sister’s church in Eclectic, and with family and strangers. At his memorial service at Gardendale Church of the Nazarene (his daughter’s church) – his family, NLF program members, staff and volunteers shared the impact his new life made on them in his last months.

Last week at Brother Bryan Mission’s New Life graduation (the graduation William was to be in), hosted by Mountain Brook Independent Church, his daughter, Jessica; his sister, Donna; brother-in-law; and two granddaughters were presented the hand sewn quilt that had been on William’s bed at BBM (Hand-sewn quilts with a Bible verse embroidered in the corner are made by a group from The Church at Brook
Hills for each New Life Program member’s bed). With tears of love and thankfulness, William’s granddaughter, Taylor, received and held tight her grandfather’s quilt.

The transforming love of Christ that began and completed this great work in William, is at the heart of BBM.